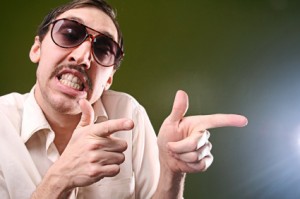 Continuing from Annoying IT Guy #1, without a doubt my biggest annoyance with the guy is the large array of f&%king animal noises his biological operating system makes over the course of a work day.

He clears his throat loudly up to 3 or 4 times a minute, coughing up phlegm in his mouth before swallowing it. He does this when he is by himself in his cubicle, when he is on the phone and especially when he has someone in his office. He talks loud and clears his throat louder. Most folks excuse themselves, step aside, cover their mouth, muffle it, not this guy, he is staring you right in the face, coughs up a phlegm clopper, deals with it and carries on talking like that is the way life is supposed to be... GROSS! If you are talking to him, the chance that you are going to get some on you is two minutes to midnight high.

Then there's the constant ineffective nose blowing. First off buddy, "There's nothing up there in your nasal cavity to come out.You are on empty.. " It sounds like a f%&cking Bach trumpet, this dry high brass trumpeting sound. He could re-use the same kleenex all day if he didn't perforate it with the blast of slotless air. If blowing your nose were an olympic sport this guy would be Bangladesh. 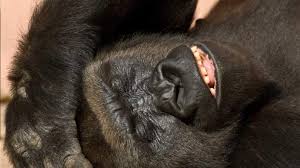 And it's not over.. Then we get treated to 4 or 5 of what we call, the daily Epileptic fits. He stretches - or something - and there's a uber-loud World Series yawn at the same time. Picture the loudest yawn you can possibly imagine combined with a follow up groaning stretch that sounds like a 600 pound Congolese mountain gorilla having an orgasm. Four or five. Every day.. WTF...

And there's some other sounds he makes when he is in transit. When he walks down the hall past my office he sometimes sucks his tongue in and out of his mouth loudly as he walks. Like a piston, except it sounds exactly like the sound Hannibal Lecter's character makes in Silence of the Lambs when he is talking to Starling about eating livers with a fine Chianti. I had a client in my office once and he walked by doing that sound and I had to explain that he's like a five year old and he's exploring the sounds his body can make.

Then we have the OUTBURSTS. These are not as common thankfully but two three times a month is still a bit much. In an office you can sometimes here a cricket in he will do things like shout "NOOOOOOOOOOOOO!" at the top of his lungs and smash his keyboard. To put this in context, picture a fairly quiet mid-day office, not a lot of noise and then a lightning clap of "NOOOOOOOOOOOOOOOOOOO!" like Kirk shouting "KHAAAAAAAAAAAAAAAAAN!" followed by the crash of some equipment being abused. When he does this I get up out of my office and walk over and see him and ask sarcastically if he's ok or do we have to call an ambulance. One time he was so loud I told him to quit that because the last time someone made that sound they were having a medical emergency and they left unconscious in an ambulance. He doesn't even look at me when I say this. When I got back to my office I had a bunch of emails one of which said "Go for it! We're ok with you calling that ambulance!".

I'm really sorry you changed the IP on the remote server and it kicked you off but that's how that shit works ;-)

I'm not alone in being miffed by this. I hear everyone around me going "What the fuck?" quietly under their breath or "Gross" when he coughs something up interesting into a tissue and looks at it(he should definitely stick to hawking up in the tissue, it works way better than through his nose).

Annoying IT guy #1 What's my PAFFWORD? 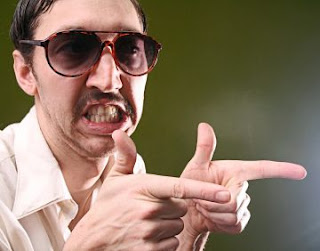 For the past 8 months we've had a person in the office on another team and he's annoying the shit out of everyone within earshot. I'm an easy going guy and can take all kinds of shit, especially the stuff beyond my power to control and it rolls off my back. This guy however, is getting to me.

I first became aware of him in the first month of his start because he would do 2 to 3 loud password resets a week over the phone to the help desk. We live in cubicleland and if you talk in a normal voice you don't bug anyone. If you talk at the top of your lungs however, everyone can hear you. The annoying part starts when you hear the same conversation two to three times a week that goes something like this:

"I can't get in"
"I never fill in security questions"
"I've never had to type my login ID like that"
"You're wrong"
"I didn't disable it YOU disabled it!"
"Why does it disable my account just because I type the wrong password in, that's stupid!"
"I don't think you understand how this works"
"I have to support XXXX, it's imperative"
"I support mission critical infrastructure and I need to get access ASAP"
"I demand to talk to your supervisor".
"Potato Whiskey Tango Foxtrot Seven..."

You start to wonder if the people on the other line are doing everyone a favour by locking this guy out (only they're not locking him out, he can't keep his access straight and disables his own accounts).

Not to say he's not entertaining sometimes, one of the best bits we got to hear was when he was giving a help-desk guy shit over the phone recently for supposedly repeating his password to him wrong and he ended up locking himself out again.He called the Help desk back again and started yelling at the guy: 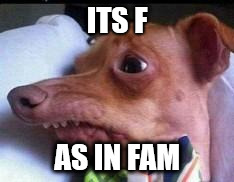 "NO! You're wrong, I distinctly remember you saying "F" as in "FAM!"

What the F*%k is F as in FAM you say? I dunno. Is FAM short for family? The kicker in that exchange was that he thought the guy on the phone told him his password was PAFFWORD. He wrote it down that way...

Now I'm just hearing one side of the conversation but let's see. The Help Desk guy is resetting your PASSWORD. He needs an easy temporary PASSWORD he can tell you over the phone so you can immediately log in and choose a new one. What word could he use for this? Hmm, I dunno maybe PASSWORD? You think? 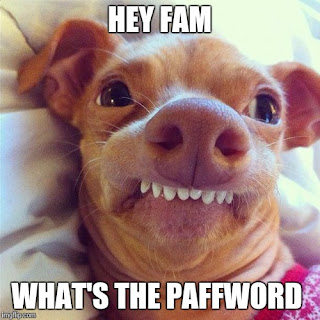 No.. It was obviously PAFFWORD, stupid help desk guy, he doesn't know what he said, he's obviously wrong.

My god, why did they hire this guy.

(Big thanks to notadroid and TheHappyHippie for those memes ;-)
Posted by Zartimus at 10:46 PM No comments: