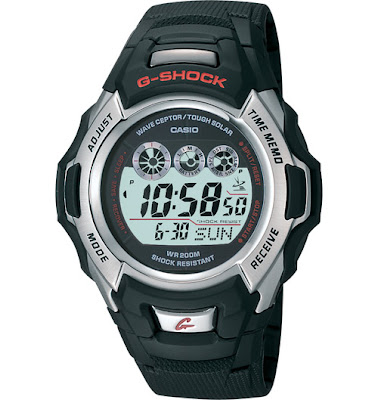 I bought a watch for myself on Father's day this year. How ever long ago that was, it didn't take too long for me to break the thing. This is a rather expensive watch, the CASIO G-SHOCK GW-200A. It's used by some militaries. You never have to buy a new battery (HAH!) because it features a rechargeable solar battery that can (quoting from the manual) "Charge in sun or artificial light to a full charge and the battery will work for11 months even if the watch is placed in a drawer."

Liars! Two weeks ago, when winter kinda started and I started to wear a coat, the watch spent some time under a sleeve and the battery quickly died. I charged it under a light all night but it would only come up to a half charge, and it died again a few days later. What a piece of crap watch! I did some research and this happens in a few cases, and it's the battery that has just gone bad, the CTL1616. So I call up "The Source" and they tell me they have it so I make a trip out to replace it.
Turns out they didn't have it. They had a CR1616, just a regular lithium battery. What the hell, it should work. The girl behind the counter insisted on replacing it and I let her. It seemed to work!

That night I went home, froze my butt off at the Orleans Parade of lights and took a warm bath afterwards - and my nice watch filled up with water
Posted by Zartimus at 9:30 PM 2 comments: 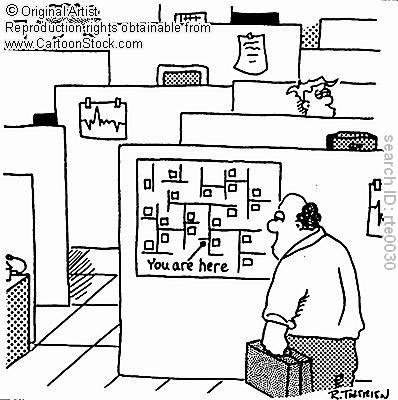 Today I moved offices. I moved across two buildings to the same building and floor I started on as a student in 1991, along with two of my friends/co-workers who also started out here as co-op students at the exact same time and place(how weird is that?). Yesterday found me furiously scrubbing my old desk and cabinets so that they'd be nice and clean for the new guy moving into my old digs. It was a good thing I did this because I found gross stuff like one of my old gel guitar fingernails (it cracked off when I went to eject a CD in my PC last year) and some old M&M's on the floor behind my UPS(they were still edible!).

I faithfully stickered all my boxes and stuff with my name and future office number, being a veteran of many office moves, I know how stuff can disappear on you. At 2:20 or so my PC disappeared (to go to the new place) and around 3:00pm, an hour before move time the head moving guy shows up with a floorplan and he's standing outside my cubicle telling me that all the office numbers written on my stuff are wrong. We've been given the old floorplan and those offices no longer exist. He gives me the new numbers. The trouble is, almost everyone has left the office now because we have no PC's and need to get out of the way for the move to take place. So I had to take the guy around to every person who was moving, get the new numbers and write it down 10 or 16 times on all of their stuff boxes, chairs, screens, cabinets, fans, garbage cans etc.. Except for Slava, who has condensed the contents of his office to two boxes which he has moved himself a few hours before. I actually did a preemptive move of some of my odder items with Slava. My huge office tree (the plant people are not going to like that I moved this, they get upset), my hockey stick and the hologram picture of the old 1920's guy who turns into a devil that kept the cleaning staff from coming anywhere near my office 2 years ago.

Today I head over to the new place and find all my boxes, but no PC's or screens. It's gonna be hard to work without these so I take a walk around the new digs looking for them. They are no where in sight. One of my co-workers, DJ, scored an office with a PMPO (Presumably Messy Previous Occupant) who didn't really clean his up for the new guy like I did. The presumably messy guy actually inherited my old office on my old floor. My buddy is unhappy about this and we can all tell. One of the AD's goes by and makes the mistake of asking him how things are going and 20 minutes later a cleaning crew arrives asking me where DJ's office is
Posted by Zartimus at 10:32 PM No comments:

Difference between men and women according to my 5 year old 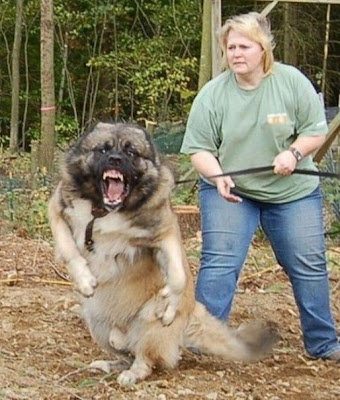 Someone pointed me to this great picture awhile back. It brings back memories! Where's the dog whisperer when you need him
Posted by Zartimus at 9:10 AM No comments: